50+ Delicious Eggplant Recipes for Every Taste

Eggplant is one of my favorite vegetables to grow in the garden. But to be honest, the first year I grew it we all had to get used to the taste!

But now I know how versatile eggplant is in recipes! It’s perfect as a meat substitute in vegetarian recipes and it has the ability to soak up any flavor you throw at it.

Sometimes you might just want roasted eggplant sprinkled with a little salt and pepper and olive oil, but sometimes you want a little more spice in your eggplant recipes.

Below you will find more than 50 amazing eggplant recipes- you’ll never be lacking in ideas on how to cook up eggplant during harvest season!

Eggplant is large plant in the night shade family, which bears the eggplant fruit.

Most eggplant is somewhat egg shaped with dark purple skin. But there are many different varieties of eggplant– some of which are long and skinny, with thinner skin, or some with green, white, or yellow skin.

Generally speaking, the eggplant is rather tasteless with the ability to absorb the flavors of the dishes. The flesh of an eggplant is creamy white and has a somewhat spongy texture

Is Eggplant a Fruit or a Vegetable?

Botanically speaking, the eggplant is a fruit, because it comes from the flower of the plant. In culinary terms, it is considered a vegetable.

(You can read more about these differences on my Is a Cucumber a Fruit or Vegetable post. I’ll be calling it a vegetable for the remainder of this article.

All About Eggplant Nutrition

Eggplant is a nutritionally dense vegetable. It is high in fiber, B vitamins, copper, potassium, and folate.

Eggplant is low in calories, with 1 cup, cubed eggplant having about 35 calories.

Eggplant is also low in carbohydrates, with only 8 total carbs in a 1 cup serving. About 1/3 of these carbs come from natural sugars. 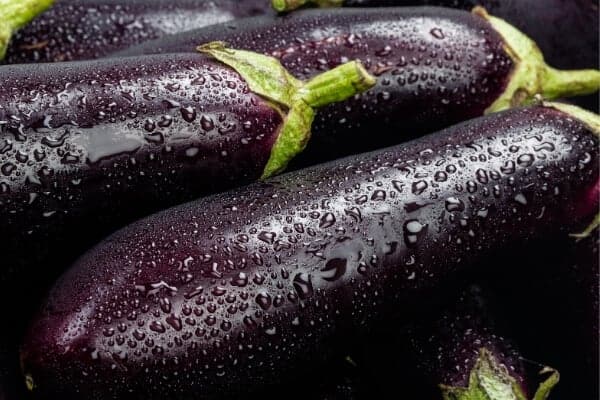 Eggplant contains phytonutrients, some of which contain antioxidant properties.

Specifically, it contains nasunin, a powerful antioxidant that helps prevent free radicals and protects the cells from damage.

Eggplant is also said to contain nutrients that can improve cardiovascular health and cholesterol.

50+ Eggplant Recipes for Every Taste

I’ve divided up the eggplant recipes below by categories. You’ll find over 50 ways to eat eggplant including roasted, sauteed, grilled, as a main course or as a side dish! Enjoy!

Note: How to Cook Eggplant

Eggplant should be washed, with ends removed before cooking.

Most eggplant varieties can be eaten with or without the skin, but some skin is tougher than others- and peeling may be favorable.

Eggplant can be baked, grilled, steamed, or roasted. If cooking whole, prick the skin with a fork a couple of times before placing it in the oven.

Generally speaking, eggplant is placed on a baking sheet and baked at about 350 degrees for about 15 minutes, depending on size.

Below are 13 different eggplant recipes that feature baked or roasted eggplant.

Related Reading: How to Grow Eggplant in Your Vegetable Garden 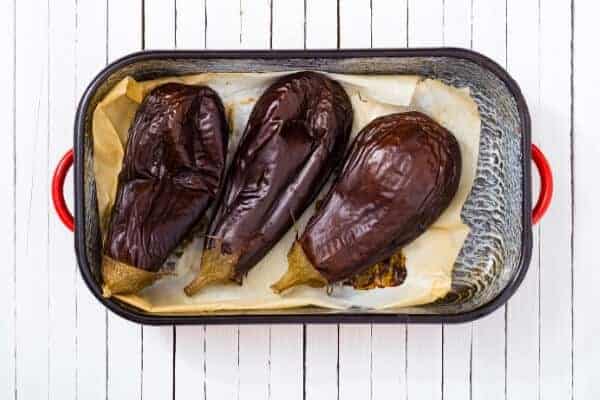 And we all know and love the timeless favorite featuring fried eggplant: Eggplant Parmesan! Who can resist the mozzarella cheese, marinara sauce and parmesan crusted eggplant! 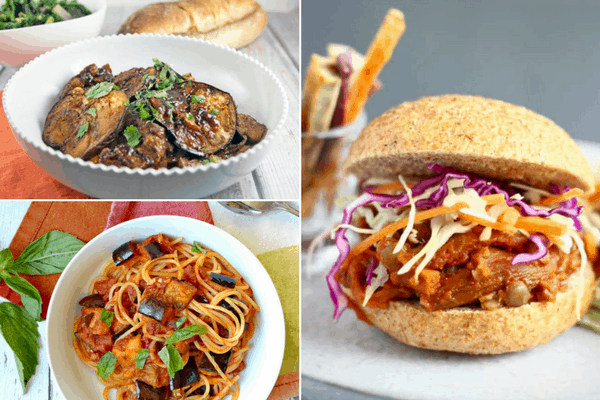 Grilling eggplant can be one of the tastiest ways to cook eggplant. The charred taste that comes with grilling is amazing! Like, sauteing, grilling eggplant is quick- and only takes about 10 minutes to cook.

Here are some amazing grilled eggplant recipes to try:

Related Reading: How to Preserve Eggplant 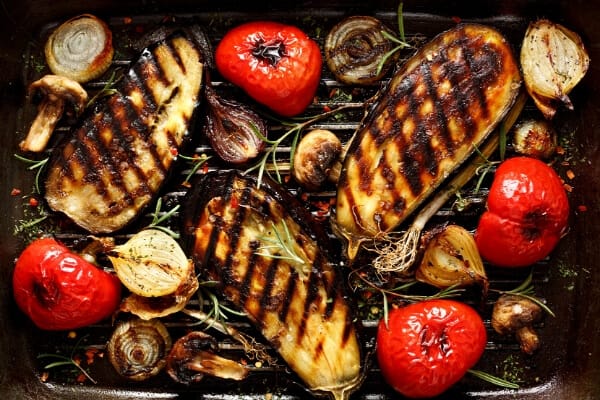 Eggplant is the perfect meat substitute. It can soak up all sorts of flavors and it’s spongy and meaty texture will give you something to sink your teeth into.

Here are some vegetarian eggplant recipes to try out: 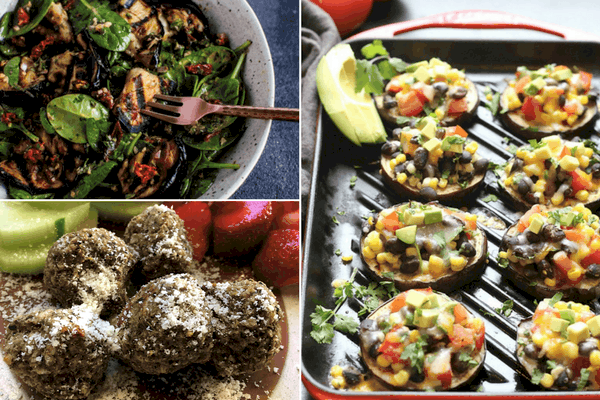 Eggplant can be used in almost any kind of dish. It’s very versatile and can be even used in desserts!

If you are looking to try something completely new, try out some of these unique and unusual eggplant recipes: 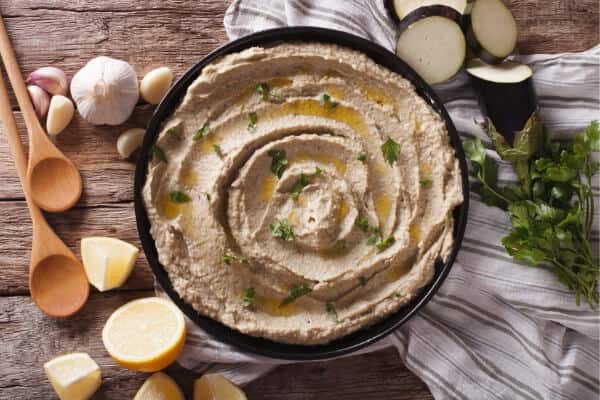 And finally, eggplant can be used to bulk up a lot of different sauces and spreads. These flavorful eggplant dishes will look great on your next cheese and cracker or veggie tray!

Which eggplant recipe will become your new favorite?

Looking for more recipes? Check these out:

50+ Zucchini Recipes for Your Summer Harvest

25 Salsa Recipes You’ve Got to Try