#1 Way to Control Flea Beetles in the Organic Garden

Flea beetles are a garden pest that affects crops such as eggplant and brassicas. Here’s how to control and get rid of flea beetles naturally!

Flea beetles are small, jumping beetles that are part of the leaf beetle family.

Unsurprisingly, they are very small and (usually) black- and jump just like, well, fleas!

These bothersome beetles can attack quite a few of your garden crops- so being able to identify and control flea beetles is very important. 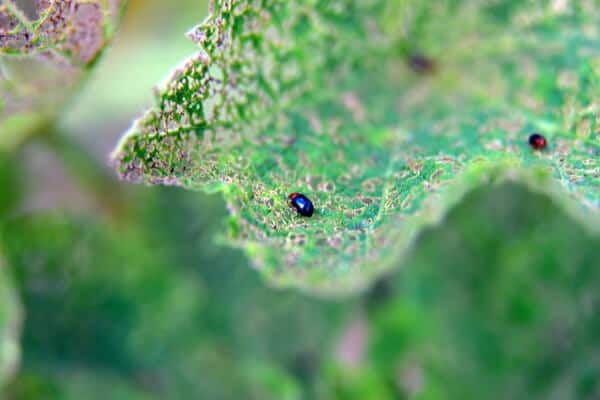 How to Identify Flea Beetles

As mentioned, flea beetles are small- about 1/10th- 1/16th of an inch long. They are visible to the naked eye though they tend to be hard to catch due to their quick jumping ability.

Flea beetles are commonly black, but some species can be brown, striped, or metallic in color. They have large back legs and can fly.

Flea beetles attack many garden crops including eggplant, peppers, potatoes, spinach, radishes, cabbages, turnips, and other brassicas. Each crop family has a different species of flea beetle that preys on it.

Flea beetle damage is most often noticed on the leaves. You’ll see small holes peppering the leaves of your crops. They can be especially damaging to seedlings and young plants.

The #1 Way to Get Rid of Flea Beetles

In my own garden flea beetles affect my eggplant the most. If I’m not careful, I can lose my newly planted eggplant in a matter of days.

So how do I save them?

It’s the easiest and quickest way to control flea beetles in the garden. 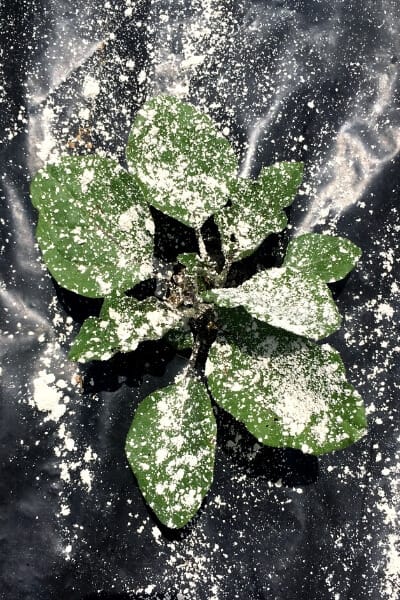 How to Use Diatomaceous Earth for Flea Beetles

First, it’s important to remember that you should ONLY use food grade diatomaceous earth.

Sprinkle your plants with a fine layer over their leaves and more heavily on the soil at the base of the plant.

To use diatomaceous earth for pest control you need to remember the following:

Treat Early: Your plants are at their most vulnerable when they are young. I start using diatomaceous earth as soon as I transplant my eggplant- and sometimes before when they are still in their pots on my deck. I also will sprinkle brassicas soon after they sprout.

Treat Dry: Diatomaceous earth only works when dry, so when applying you should apply after the morning dew has dried and not before rain.

Treat Often: Since DE will wash away in rain (or watering), degrade after morning dews, and blow in the wind, you’ll also need to reapply often.

Stop at Flowering: Unfortunately, DE doesn’t discriminate between good bugs and bad bugs. This means when the flowers are blooming and it’s time to pollinate, it’s also time to stop dusting your plants. Luckily, once your plants are big enough to flower, they are also large enough to fend for themselves against the remaining flea beetles. 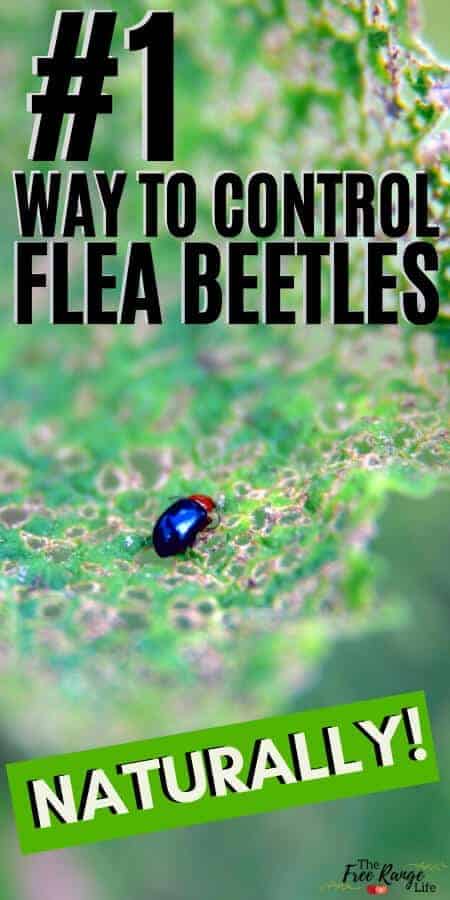 Other Ways to Control Flea Beetles in the Garden

It’s never good to use just one method of pest control, and I find that using a variety of tactics is best to control pests like flea beetles. Here are a few other ways to control flea beetles naturally.

One aspect of companion planting that is beneficial in flea beetle control is to plant crops with repellent or masking properties.

Try planting things like sage, mint, catnip, or thyme with the crops most affected by flea beetles.

Trap crops work by planting a more desirable crop to draw pests to that sacrificial plant instead.

Trap crops such as turnips or radish can be planted around the perimeter of your beds to keep the flea beetles off your brassica cash crops.

Learn more about trap crops: How to Use Trap Crops to Control Pests in the Garden

Flea beetles can fall prey to a few predatory insects such as the braconid wasp and tachinid flies.

Try planting dill, calendula, chamomile, and other flowers throughout the garden to help attract these beneficial insects. 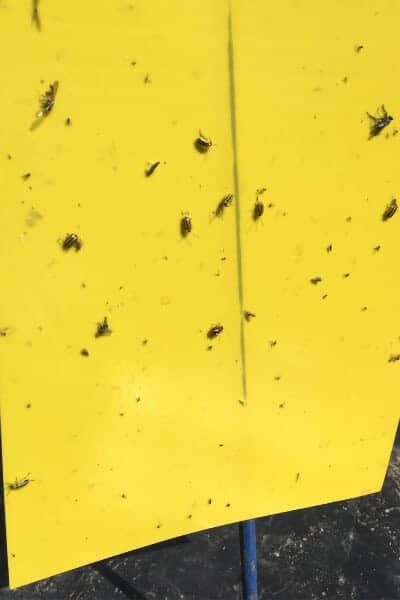 I like using sticky traps in my garden. They aren’t very invasive or time intensive but are helpful at controlling pests.

I stake yellow sticky traps throughout the garden to help with pests like flea beetles and cucumber beetles.

I don’t like to spray anything in my garden if I can help it- organic or not, but sometimes it can’t be helped.

Luckily if you use Diatomaceous Earth all through the young stage and employed some companion planting principles, you shouldn’t find any need for an organic spray to control flea beetles- but it’s there as an option if you need it.

6 Ways to Get Rid of Squash Bugs

9 Companion Plants to Get Rid of Aphids

How to Get Rid of Spider Mites Naturally

6 Ways to Get Rid of Potato Beetles